The Swifts at Katznelson School

Background – The Swifts in Katzelenson School

Katznelson School in Givatayim was built in 1939 with a style typical for its time – with a tiled roof.

Over time, the swifts (migratory birds nesting in the cities) discovered the slits and spaces in the windscreen that surrounds the roof of the school, entered and started nesting under the roof tiles.

The colony has evolved, grown and thrived to the delight of the Givatayim nature and bird lovers who enjoyed watching their swifts flying with incredible aerobatics, accompanied by sounds of joy. 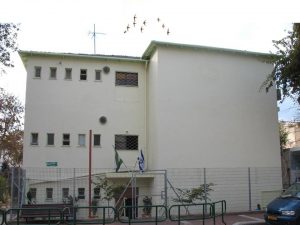 In 2005, a decision was made in the Givatayim municipality to renovate the school’s roof.
When dozens of swifts pairs returned, they could no longer enter their old nests. They tried to return through the new windbox to the edges of the roof but all in vain, resulted them getting exhausted and had to rise and sleep as they flew above the city sky.

Amnon Han, a nature lover who lives near the school where his daughters studied, used to watch the swifts as they returned to their nests. Amnon’s hobby of paragliding contributed to his familiarity with the swifts. He learned to appreciate their beauty and admire their special qualities and the benefits they bring to humans.
Amnon decided he had to do something, so he contacted the school’s principal, Ms. Maya Benvenishti, and told her about the swift’s problem, suggesting that she carries out a project to restore swifts’ nesting to the school. Maya, who turned out to be a nature enthusiast, immediately supported the project, but conditioned its implementation by having the swifts issue taught in the school’s nature and scientific studies. Science teacher, Anat Ehrenreich, enthusiastically supported the project.

With no budget to finance the construction of nesting cells, Amnon received from the military industry a donation of 20 large wooden boxes originally intended for a pair of tank shells. The boxes were divided into 3 nesting boxes using internal wooden walls, three entrance openings were drilled in them and they were painted in the color of the school walls. 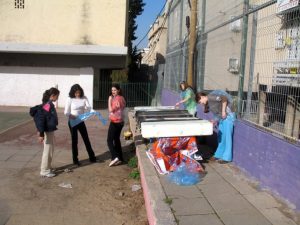 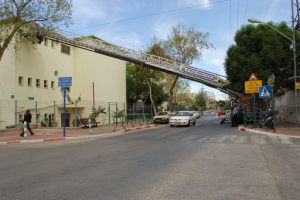 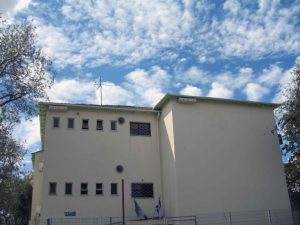 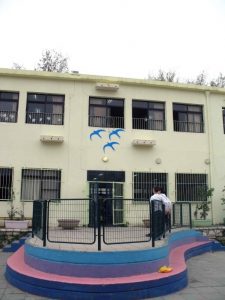 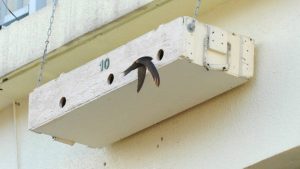 All the work was done with the help of the school pupil.

As a result of the publication, the Friends of the SwiftsAssociation received the 2008 Ford Award for Conservation and Environmental Protection.
The ceremonial ceremony was attended by the US Ambassador to Israel and the Minister of Enviromental Protection, attended by Maya Benvenishti – the principal and Anat Ehrenreich – the science teacher. 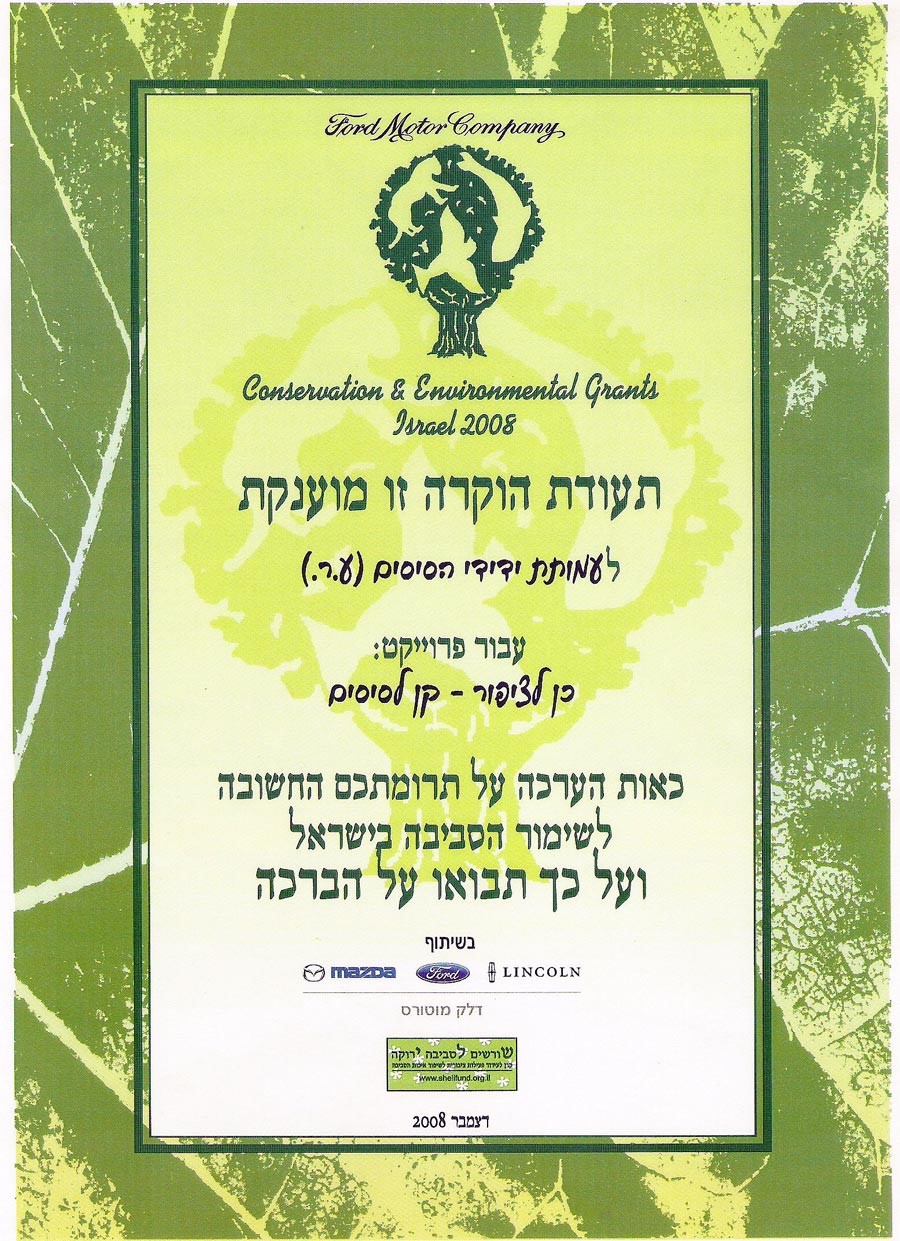 The rejoicing of the hesitations was interrupted again in the summer of 2012 when renovations and construction work began again in the school, with the aim of expanding the structure and adding a whole section.
As a result of these works, 10 of the 15 nest boxes were dismantled that depended on the western part of the school.
The new principal, Ms. Aviva Golan, who recently took up the position, became acquainted with the project and even helped the school obtain the long-awaited approval of the green letter.

Aviva, who understood the severity of the practice of dismantling the nest boxes and suggested linking Amnon with architect Shuki Shoshani who designed the construction work, in order to find the most suitable solution.
Shuki joined in to help and accepted the idea of tilapia to build a complete wall, especially for the hive nests that will be built of blocks that will not be removed.
The plan was presented to the city architect who approved it with understanding and will. The plan included the construction of a block railing that will contain 26 hollow blocks in the hope of being used as nesting cells for the future.

In February 2014, and with financial support from the school coffers and the Nature Conservation Society’s “Docking Fund,” 26 inside the wall, along with the hollow blocks, 26 wooden boxes covered with rain protection sheets were installed.
The Hosses soon discovered the new “neighborhood” and began to look closely at the cells and entry options.

In 2015, and under the guidance of mosaic artist Mandy Amrani, graduates of the school’s class cycle installed a spectacular mosaic mosaic installed on the mosaic wall. 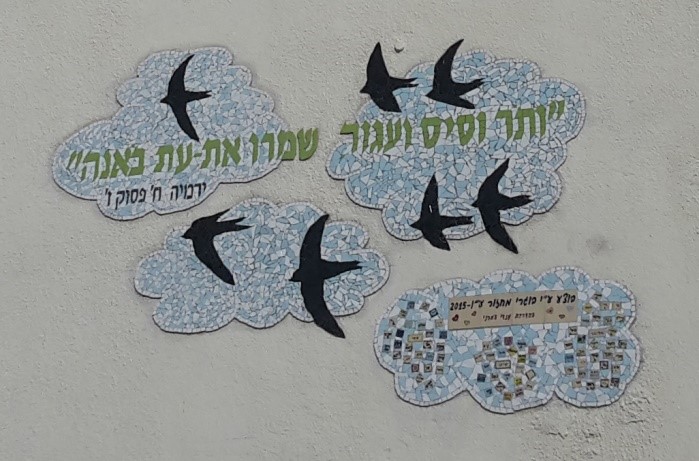 In 2019, Givatayim schools were decorated with graffiti paintings by artist Hillel Lazarov.
When he came to Katznelson and learned about the project, Hillel gave a unique and beautiful reference to Katznelson’s project wall. 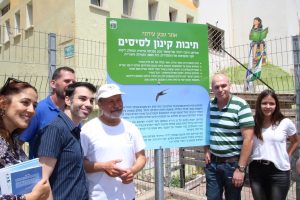 On 21.05.2019, the lot was removed from the explanatory sign on the Hessian project, which, following their nesting in the book, was declared an urban nature site. 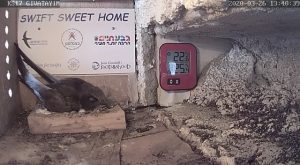